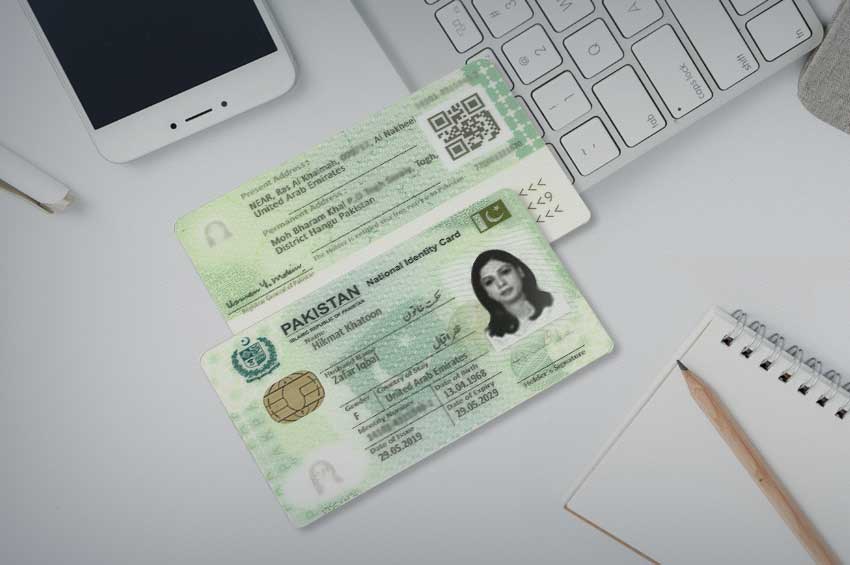 Pakistan’s interior minister has warned that supporters of recently ousted prime minister Imran Khan and his Pakistan Tehreek-e-Insaf (PTI) party whose behavior can be seen as heckling or harassment will have their ID cards biometrics blocked and therefore will not be able to operate their bank accounts, reports The Nation.

The political situation has since deteriorated, with large groups of Khan supporters threatening to “seize power”, reports the BBC. Meanwhile, the National Database and Registration Authority (NADRA) is working with all political parties to enlist their help in reaching more people to register for the National Biometric Identity Card – the computerized national identity card (CNIC). This with particular emphasis on the maintenance of the electoral list.

Threat to block passports of dissidents via freedom of movement legislation

Newsweek Pakistan reported that Interior Minister Rana Sanaullah Khan also claimed that people could have their passports blocked and even arrested, after being found through Pakistan’s identification system, using the legislation on freedom of movement to ensure that victims can live their lives.

The minister also took Twitter calling on people to capture and submit identifiable video of any horseplay by PTI supporters to the Federal Investigation Agency’s Cybercrime Wing.

Blocking CNICs would be very detrimental. The biometric identifier is used to access services and bank accounts and to register SIM cards. Police and then legal procedures should be put in place to get NADRA to block the ID account. A person would have to go to court to then allow NADRA to remove any blockage. Case law has shown that NADRA itself cannot block or unblock a card by itself.

Newsweek and The Nation believe the statements were made following the harassment of Planning Minister Ahsan Iqbal and his family being harassed at a motorway service station restaurant.

Supporters of Imran Khan and his party chant slogans at PML-N officials such as “corrupt and thieves”.

Behavior deemed rowdy is not limited to Pakistan. New Prime Minister Shahbaz Sharif was heckled in Medina by Pakistani pilgrims in April, Gulf Today reported, leading to arrests for violating regulations and the sanctity of the mosque.

Since the Home Secretary made the statements, former Prime Minister Imran Khan has been charged under the Terrorism Act, reports the BBC, after condemning the police and the judiciary in a public address on 20 august. Authorities viewed his speech as a threat against some officials.

Khan’s supporters have gathered in large numbers around his house and vow to “take over” if Khan is arrested. Television stations were banned from broadcasting his speeches. Khan gave another speech on August 21 in which he criticized the ban. He later further denounced what he saw as authorities blocking YouTube halfway through his rally that day.

NADRA works with all parties to reach marginalized groups

Over the past few weeks, NADRA has worked with several political parties to seek their help in reaching marginalized groups who have not come forward to register for the national ID card, CNIC, reports the Associated. Press of Pakistan (APP).

Pakistan has 152 political parties, according to the APP. NADRA President Tariq Malik wrote to all party leaders and began meeting with representatives, as well as representatives of the electoral commission. NADRA’s achievements were discussed.

Malik asked in his letters to party leaders to share their experiences and recommendations on how the NADRA database can be used effectively to strengthen voter lists and other e-governance projects.

Many were surprised when in July Khan’s PTI party took control of a crucial provincial assembly, according to the BBC. The PML-N expected an easy victory. The victory is seen as an indication of the strength of support for Khan and what could happen in the event of a snap election, as he demanded.

Malik briefed the participants on the process of preparation of voter lists by the Electoral Commission and the steps taken to ensure that it is transparent and error-free. “Such goals can only be achieved through inclusive citizen registration with the active support of all political actors,” the APP says, apparently paraphrasing the president.

NADRA will meet all the political parties in turn. In sessions to date, party representatives have offered suggestions on improving the registration of women and other marginalized groups such as transgender voters.