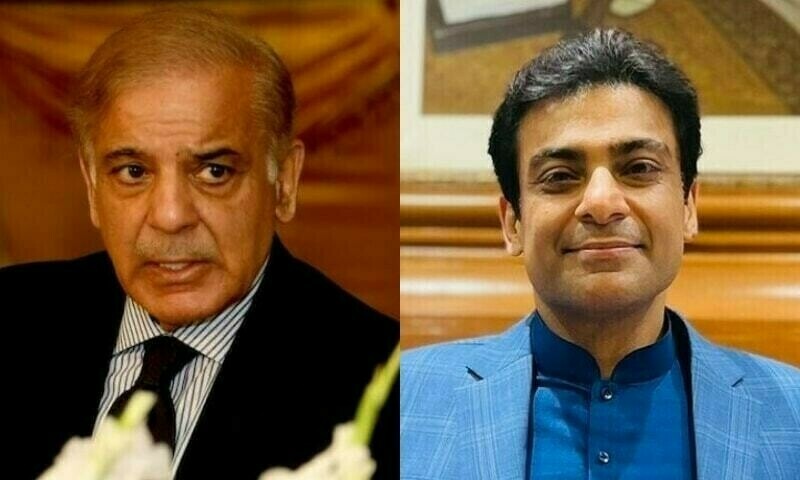 The Federal Investigation Agency (FIA) informed a special court in Lahore on Tuesday that no money had been “directly deposited” into the bank accounts of Prime Minister Shehbaz Sharif and his son Hamza Shehbaz, because the agency Cited Review of Money Laundering Records Rs16 Case.

The disclosure was made by FIA lawyer Farooq Bajwa as the court resumed hearing pleas to acquittal filed by the duo. At the previous hearing (Saturday), the court had ordered the prosecution and the defense to provide arguments.

The Prime Minister and his son have already been released on bail ahead of their arrest in the case registered against them.

At the start of today’s hearing, PM’s lawyer informed the court that his client could not appear due to official commitments and requested a one-day exemption. Hamza appeared in court.

Maqsood, who was a central figure in the case, died in the United Arab Emirates on June 9.

The FIA ​​lawyer replied that the suspect had eight bank accounts in his name, adding that all these details were mentioned in the chalan.

“According to records, no money was directly deposited or withdrawn from the suspects’ (Shehbaz and Hamza) accounts,” he told the court.

Hamza’s lawyer, Amjad Pervez, said there were no bribery allegations either.

The judge asked what evidence was there to support that the entire money transaction was done at Hamza’s request.

“We have no such evidence,” replied the FIA ​​lawyer.

“The account of the late employee Gulzar was also managed by the administration of Ramzan Sugar Mills,” the FIA ​​lawyer said.

The judge asked if he could make the same statement in writing. To this, Bajwa said he was not allowed to submit a written statement.

Hamza’s lawyer insisted the case could not drag on for more than a day, saying “it is based on a political narrative”.

After the hearing, the judge asked both parties to conclude their arguments by tomorrow before adjourning the hearing.

The FIA ​​had in December 2021 submitted the challan against Shehbaz and Hamza to a special tribunal for their alleged involvement in the laundering of an amount of Rs16bn in the sugar scam case.

“The investigation team detected 28 Benami accounts of the Shehbaz family through which money laundering of Rs 16.3 billion was committed in 2008-2018. The FIA ​​examined the financial trail of 17,000 credit transactions,” according to an FIA report submitted to the court.

The amount was kept in “hidden accounts” and given to Shehbaz personally, the report added.

This amount (16 billion rupees) has nothing to do with the sugar trade (of the Shehbaz family), he claimed. Money received from the accounts of low-wage employees by Shehbaz was transferred out of Pakistan through hundi/hawala networks, ultimately intended for the beneficial use of his family members, according to the FIA.

“Eleven poorly paid Sharif Group employees who ‘held and possessed’ the proceeds laundered on behalf of the main defendant, are found guilty of facilitating money laundering. The other three co-accused from the Sharif group also actively facilitated money laundering,” the agency said.