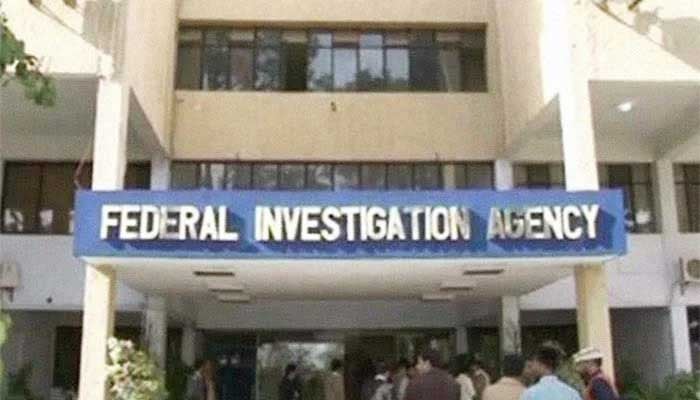 ISLAMABAD: In a major development in the banned funding case against PTI, the Federal Investigation Agency (FIA) claimed to have found at least four party bank accounts used to receive money from abroad.

On August 2, the Election Commission of Pakistan (ECP), in a unanimous verdict, said it had found that the PTI had received prohibited funding. The commission found that donations came from America, Australia, Canada and the United Arab Emirates. PTI received funds from 34 individuals and 351 companies, including corporations, the ECP verdict said. Thirteen unknown accounts were also revealed, the commission said in the verdict, adding that hiding accounts is a “violation” of Section 17 of the Constitution.

The FIA ​​registered an investigation against the PTI and found four personal and salary accounts opened in the name of PTI Secretariat employees, which were used for prohibited funding.

Sources with knowledge of the matter said those accounts were blocked.

The Agency said that funds had been received in the bank accounts of Muhammad Arshad, Tahir Iqbal, Muhammad Rafique and Nauman Afzal, The news reported.

These employees said in their statements that they used to give the money received in their accounts to PTI’s chief financial officer. They said they would give signed blank checks to the finance manager. However, they said they knew nothing about the funding sources. They did not know who was depositing funds into their accounts and where the money withdrawn from their accounts was being used. The FIA ​​learned during the investigation that in addition to other accounts, foreign funds were also received into employee salary accounts.

The FIA ​​launches a national investigation

On Saturday, the FIA ​​launched its nationwide investigation into the use of funds from “prohibited” sources by the PTI.

Official sources said an emergency has been declared for the FIA ​​to quickly investigate the matter and conclude it as soon as possible. A total of six investigations were opened simultaneously, in major cities, including the federal capital, Lahore, Peshawar, Quetta and Karachi.

The investigation was launched on a letter, written by PTI founding member Akbar S Babar, calling for an investigation against the party for receiving funds through accounts opened in the names of employees.

The FIA ​​sets up five commissions of inquiry

According to sources, the FIA ​​has formed five investigative commissions with three members each in different cities, while a commission has been set up at headquarters for coordination.

Sources said the committees would continue with the investigations as directed by the PCE; the terms of reference (ToR) have been published in this regard.

The committee has been tasked with investigating finance companies, individual bank accounts and all other monetary details, which are then to be shared with the central committee, formed at headquarters.

FIA Sindh has also become active and has issued opinions to former Governor of Sindh Imran Ismael and Seema Zia.

Akbar S Babar officially approached the FIA ​​to launch an investigation against the PTI on Wednesday.

He told FIA that in 2011, the PTI financial council illegally allowed four employees of the party’s central secretariat to collect donations from their personal accounts in Pakistan and abroad.

A sum of 11.104 million rupees was deposited in the accounts of PTI employees, which exceeded their known sources of income, Akbar Babar said in his letter.