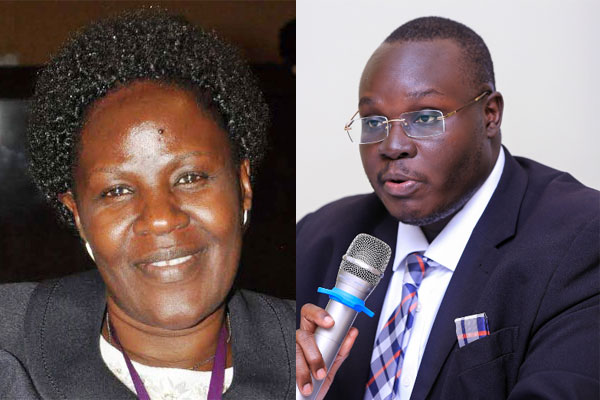 The Kampala High Court has ruled that the Financial Intelligence Authority (FIA) does not have the power to order the freezing of bank accounts of organizations suspected of being involved in the financing of terrorism.
In November 2020, the FIA ​​ordered banks to freeze all accounts belonging to two non-governmental organizations, Uganda Women’s Network and Uganda National NGO Forum.

The FIA ​​said it had received intelligence reports from national security agencies that the two organizations were funding terrorism-related activities.
But Judge Esta Nambayo, in her September 7 ruling, ruled that it was improper for the FIA ​​to freeze the bank accounts of NGOs simply because they were funding terrorist activities.

“In this case, I would therefore conclude that the 1st defendant (FIA) erred in law when it exercised its mandate to freeze the accounts of the applicants without evidence enabling it to ascertain that the applicants were financing terrorist activities. ; and as such his actions were illegal, ultra vires and irregular,” Judge Nambayo said.
“It is hereby declared that the decision of the 1st defendant (FIA) directing the plaintiffs’ bankers to freeze, restrict or stop all withdrawals or debits from the plaintiffs’ bank accounts was not reasonably suspected to justify an investigation. on allegations of terrorist financing,” she added.

The court also ordered the FIA ​​to bear all the legal costs that the NGOs have spent in this case. Indeed, the FIA ​​has produced no evidence on which it claimed to have relied to freeze the bank accounts.
In its decision, the court stressed that there must be a “proper basis” or “reasonable suspicion” before the FIA ​​orders the freezing of bank accounts and that the FIA ​​must be able to present this information or circumstances in court, if invited. , so that the court finds that there was a real cause for his actions.

Call
FIA Executive Director Sydney Asubo said: “We are unhappy with parts of the judgment and have appealed to the highest court. [Court of Appeal].”
Chapter Four Uganda welcomed the court’s decision.
“The decision sets an important precedent that clarifies the law with respect to the powers of the FIA ​​and other government agencies to order the freezing or restriction of financial transactions or property of individuals in Uganda in matters relating to finance. of terrorism. We hope that the Court of Appeal will uphold the decision,” the NGO said in a statement.

Background
Section 17A of the Anti-Terrorism (Amendment) Act 2015 allows the FIA ​​to cause bank accounts to be frozen where it is satisfied that the funds or property are intended for terrorist activities.
However, the non-governmental organizations (NGOs) had argued that the FIA ​​had failed to comply with the above-mentioned provision and had acted outside the powers conferred on it by the legislation.

They had also argued that Section 17A(2) of the Anti-Terrorism Act requires the FIA ​​to notify the office of the Director of Public Prosecutions (DPP) no later than 48 hours after the bank accounts are frozen, which does not was not the case. met because the FIA ​​filed the same thing after two weeks. The NGOs also claimed that the freezing of their bank accounts had affected the livelihoods of more than 200 people.