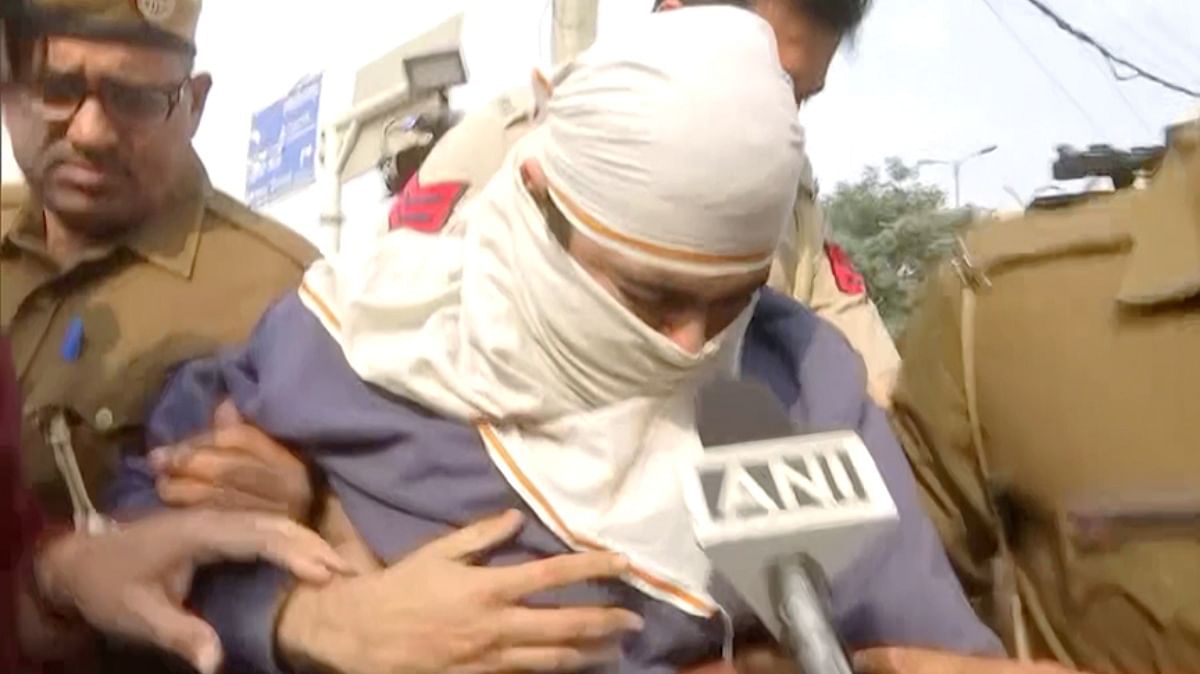 New Delhi: Accused in the horrific murder case of Shraddha Walker, Aftab Amin Poonawalla who was recently arrested had tried to fool the police in Delhi and Mumbai in the early days of the investigation.

Aftab had tried to hide Shraddha’s murder by deleting all physical evidence, however, he left digital evidence which the police had traced to get to the truth of the case.

When the Delhi police opened the investigation, Aftab had told the police that Shraddha had left the house on May 22 (Shraddha was killed on May 18), after a fight. He said she only carried her phone with her and left her things in her apartment. He claimed she was unreachable and that he had not come into contact with her since then, according to police sources.

However, the truth emerged when police checked the couple’s phone call records and investigated their whereabouts.

The biggest breakthrough the police obtained was the bank statement from the couple’s account which showed a transaction of Rs 54,000 from Shraddha’s net bank account application to Aftab’s account on May 26. The transaction exposed Aftab’s lies in which he previously said Shraddha was unreachable after May 22 and he did not get in touch with her, the sources said.

The location of the bank transfer that took place on May 26 also turned out to be the Mehrauli police station area.

In addition to this, on May 31, there was a conversation with her friend from Shraddha’s Instagram account. When police discovered the location of Shraddha’s phone, it was found to be in the Mehrauli police station area of ​​Delhi.

Aftab could not answer the police question that if Shraddha took her phone with her, why was its location traced back to her house? It was then that Aftab revealed the truth.

Maharashtra Police sources said that when Shraddha’s family could not contact her as her phone was switched off, they lodged the missing complaint at Manikpur Police Station. Following the complaint, Aftab was summoned to Manikpur police station for questioning.

“Aftab Poonawalla has been summoned twice for questioning, once last month and the second time on November 3. When Aftab was asked about Shraddha, he said that Shraddha left the place where he lived. And they don’t live together. Whenever Aftab was summoned for questioning, he never showed any agitation or nervousness on his face,” Maharashtra police sources said.

Maharashtra police had taken a two-page statement the second time he was summoned for questioning, however, he had only one thing to say.

Earlier on Tuesday, police sources told ANI that Aftab had confessed that he had decided to kill Shraddha more than a week before the murder (May 18).

“More than a week before the murder (May 18), I had decided to kill Shraddha. Even that day, Shraddha and I argued. I was determined to kill her when she suddenly got emotional and started crying. So I held back for later,” said a Delhi police source quoting Aftab in his confession.

Aftab said his partner had trust issues which caused her to often get angry leading to frequent quarrels.

“I often had to talk to someone on the phone. However, she doubted my commitment to the relationship whenever she caught me talking on the phone. She was very angry,” Aftab told Delhi police.

Police said after further investigation, it was learned the couple had an argument on May 18 in which Aftab killed Shraddha.

“I was scared because I knew if I threw the body somewhere I might get caught. I scoured Google all night looking for ways to dispose of the body and not arouse suspicion. I also searched on the internet what type of helicopter should I use to reconstruct the body,” Aftab said as quoted by the Delhi Police source.

Aftab also confessed his fondness for web series and crime-related shows and it was from these shows that he borrowed ideas about preserving severed body parts and disposing of them later, police said, adding that he had done it alone. “I love watching crime web series and soap operas and it was while watching these shows that I got ideas for preserving body parts and keeping Shraddha alive in the eyes of his family and friends. It was to pre-empt any doubt or suspicion about his whereabouts that I continued to post on Shradhha’s Instagram profile after the murder. I did everything by myself,” the accused told Delhi Police .

According to police sources, the accused first disposed of his liver and intestines after chopping them. Since he was a trained chef, he knew how to use the knife on his flesh, police added.

The liver and intestines were dumped in nearby forest area of ​​Chattarpur and Mehrauli, sources said.

Meanwhile, earlier Tuesday, sources said city police may write to the dating app, Bumble, where the couple first met, for profile details. Aftab and the women who visited him after the murder.

Sources said Delhi police want to know if any of the women Aftab dated on the app was the reason he killed Shraddha.

Meanwhile, Shraddha’s father on Tuesday sought the death penalty for the defendant while also suspecting the “love jihad” behind the incident.

Speaking to ANI, Shraddha’s father, Vikas Walker said: “I suspect the love of jihad. We demand that Aftab be sentenced to death. I have confidence in the Delhi police as the investigation is moving in the right direction. Shraddha was close to his uncle and didn’t talk to me much. I have never been in contact with Aftab. I filed the first complaint in the case in Vasai (Mumbai).

“I had last spoken to Shraddha in 2021. I would ask him to tell me more about his life partner. But she didn’t say much. I didn’t know she had moved to Delhi. Her friend told me she was in Delhi. I thought she was in Bangalore. Aftab had plenty of time to remove all the evidence,” Shraddha’s father said. (ANI)

This report is generated automatically from the ANI news service. ThePrint declines all responsibility for its content.

Read also: ‘Sitting on her chest, strangled her’ – how police suspect Aftab murdered Shraddha in ‘fit of rage’